A lot of musicians and singers are mentioned in the line-up, for instance guitarist Mani Gruber, who used to be member of the BoysVoice Band. Andy Lind, a drummer, comes from Freaky Fucking Weirdoz and Tobias Schwartz,a bassist, plucks the strings at Ringswandel.
Frequently, wind instruments are used in the songs. They do deserve credit, as they were really playing in the recording studio, making the sound very authentic.

The production and sound of „Train To Heaven“ cannot get negative criticism and especially when the trio Marion Dimbath (trombone), Stephan Reiser (saxophone, clarinet) and Reinhard Greiner (trumpet) comes into play, it gets freaking hot. And if the guitarists were playing in the front, you would have to call the firemen. “Angel Talk” is a dangerously hot song that invites keyboarders, guitars, woodwinds and wind instruments to let off steam.

Claudia Cane can be proud of her Tina-Turner-like voice and the choruses are simply good.
Funk, soul, rock and gospel are part of the „menu“ of the LifeLine Project.

The above mentioned genres are brought out well in the tracks, and let’s just get back to the previously mentioned „Angel Talk“: In that song, the guitars partially tend to metal and the saxophone veers toward jazz. You really cannot complain… it rocks!
Moreover, the CD boasts a mighty funky title song that is absolute fun to listen to. All wind instrument players have a solo part. And now, I’d like to know the three musicians‘ background.

Aha! Marion Dimbath plays in a Jazz-trio called Triorange. Stephan Reiser is member of Marty And His Rockin‘ Comets, just like Reinhard Greiner, who, besides, plays for Christian Willisohn.
Wherever there is glistening light, there are also shadows.

No hard feelings but „Childhood (The Chimes) “is simply overly emotional. Probably that song will make it into one of the major Christmas programs and appeal to a broad audience. As for myself, I rather have an individual opinion with regard to that.
The impression that “Jesus in Tibet” makes on the audience is clear from the beginning: Percussion that sounds as if it came from the highlands, although the sound was created with a percussion computer program. The guitar is rocky in this song, too, and Donald Arthur’s low voice suits excellently. As with other songs, there are further versions of this song that come as bonus tracks. There are two more versions of the latter: an instrumental version and one with lyrics in German.

„Radio Edit“ is so to speak the „little brother“ of „Walk In Peace“ and „Don’t look back“ the corresponding German „little sister“.
To put it in a nutshell, the songs of „Train To Heaven“ are all very different. A few ones you will enjoy listening to…more than once. However, a considerable number of tracks are no favourites.

As for the religious statements (also in the lyrics), I am not going to comment on them.
The good cause is commendable!

Our SHOP is coming soon

HELP US SUPPORT OUR MISSION. 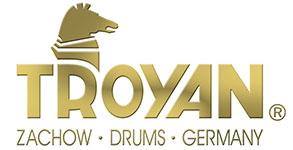 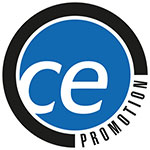 We thank our partners & sponsors!

ROCK MEETS GOSPEL © 2021
We use cookies on our website to give you the most relevant experience by remembering your preferences and repeat visits. By clicking “Accept”, you consent to the use of ALL the cookies.
Do not sell my personal information.
Cookie SettingsACCEPT
Manage consent

This website uses cookies to improve your experience while you navigate through the website. Out of these, the cookies that are categorized as necessary are stored on your browser as they are essential for the working of basic functionalities of the website. We also use third-party cookies that help us analyze and understand how you use this website. These cookies will be stored in your browser only with your consent. You also have the option to opt-out of these cookies. But opting out of some of these cookies may affect your browsing experience.
Necessary immer aktiv
Necessary cookies are absolutely essential for the website to function properly. These cookies ensure basic functionalities and security features of the website, anonymously.
Functional
Functional cookies help to perform certain functionalities like sharing the content of the website on social media platforms, collect feedbacks, and other third-party features.
Performance
Performance cookies are used to understand and analyze the key performance indexes of the website which helps in delivering a better user experience for the visitors.
Analytics
Analytical cookies are used to understand how visitors interact with the website. These cookies help provide information on metrics the number of visitors, bounce rate, traffic source, etc.
Advertisement
Advertisement cookies are used to provide visitors with relevant ads and marketing campaigns. These cookies track visitors across websites and collect information to provide customized ads.
Others
Other uncategorized cookies are those that are being analyzed and have not been classified into a category as yet.
SPEICHERN & AKZEPTIEREN